Mr. Pritchard is a Los Angeles based businessman, entrepreneur and marketing consultant for 25 years dividing his time between Europe, North and South America, Australia and Asia. Global specialist in business development with SMEs.

Bob hosts The Bob Pritchard Business Radio Show, a one hour weekly business internet radio program to a global audience of over 576,000 people on VoiceAmericaBusiness every Tuesday at U.S. 5pm Pacific time. It is the most successful radio program for entrepreneurs in the world. Now in its eighth year, the program features editorial, over 350 interviews with business leaders, features on entrepreneurs, and interviews with actors, writers, singers, racing drivers, gold medalists and athletes, examining the business behind their success.

His daily Business Newsletter, “Your 30 second daily business read” is distributed daily to over 1,730,000 business executives in 63 countries throughout the world.

He’s CEO of Marketforce One Business Strategies Ltd., a leading international business development company with offices in the United States, Australia and Europe. And, also current President of the American Institute of Sales Marketing and Management, the USA’s leading professional body that is dedicated to raising the standard and proficiency of both individuals and companies within Sales, Marketing and Management.

Mr. Chairman of Countdown Motion Pictures, an alliance of media professionals from the worlds of film, television, digital content and music, whose shared vision of compelling storytelling, stunning visual imagery and strong production values led them to pool their talents and resources in order to create great entertainment.

In Q2 2014 Bob was engaged to launch the Hong Kong based start up company CQS international in South America. The company increased its value from zero to $$170MM in four months.

Bob is a member of METal…Media, Entertainment, Technology Alpha Leaders.

Bob is a consultant to Shannons Way, a leading global specialist in Behavioral Change.

Seven years marketing Director for Kerry Packers Publishing & Broadcasting Limited (PBL) with media, sports and entertainment interests and a number of years with Rupert Murdoch’s News Limited with media and entertainment related interests in the 1970’s and 1980’s during the time of their strong international expansions.

Winner of the ”International Marketer of the Year” award for the global promotion for “100 Years…100 Movies” in 1999 for the American Film Institute. Other winners of the award include Steve Jobs (Apple), Jeff Bezos (Amazon), Andrew Oh (LG Group), Kenneth Strottman (Strottman International) and Jorma Ollila (Nokia).

Twenty years experience as a speaker / trainer at over 1,980 conferences, including 91 Fortune 500 companies. This has required a close understanding of the marketplace and its trends and being on panels and advisory committees with some of the world’s top business leaders such as Bill Gates, Steve Jobs, Richard Branson, Dame Anita Roddick, Neil Armstrong

Bob has been the Keynote speaker for the following major global business events:

Marketing Director for the Inaugural Formula One in Australia. Responsible for Government negotiation, establishment of the course, the format and staging of the week long event, all marketing, corporate negotiation, ticket sales, licensing, sponsorships. Led a team of marketing and promotion professionals and hundreds of project specialists.

Joint winner of a Clio award and 4 Silver Telly awards for work with Citibank.

CEO of publicly listed company Powerplay International Limited – a television, media and sports conglomerate, Bob balanced the requirements and obligations of a public company to the Stock Exchange, the market, the corporation, its strategic alliances and shareholders.

Chief Executive Officer of Sportsplay Television Limited – one of the three pioneers of “cable” Television in Australia in 1986.

Chief Executive Officer of The Sydney Football Club – a team in Australia’s premier football competition, The Australian Football League, prior to joining the marketing executive of the Los Angeles Raiders in the NFL. Pritchard took the company to a public listing on the Australian Stock Exchange, a first for an Australian sports team.

Created a customer relationship and “awesome service” program at every level of the business, for Nippon Travel (the world’s second largest business travel company), which resulted in a $105 million profit turnaround in the first 12 months of its implementation.

Created a media, in-store, on-pack promotion for Frito Lay in a strategic relationship with Scholastic, which resulted in an increase in sales for Frito Lay of $115 million in a 3-month period.

Has sold over $200 million in corporate sponsorships globally.

Created the 100 Year centenary celebrations of American movies (100Years…100 Movies) on behalf of the American Film Institute. Worked with all major film studios (the first time they had ever worked together), corporations and media globally. The result was $40 million in sponsorship, 1000 hours of television time on Turner Networks, special edition of Newsweek, promotions in every General Motors and Blockbuster outlet in the USA and a 90 minute global TV special with Tom Cruise and Steven Spielberg.

Tireless worker for charity. Global Ambassador for Kidney Health – Bob was recognized by Her Excellency the Hon. Ms. Quentin Bryce AO, Governor General of Australia for his work with Kidney Health.

Committee member for The Golden Stave, the Music and Entertainment Industry organisation that raises funds for worthy children’s charities.

Television and live performer for 15 years, appearing in some 400 television shows as a singer and actor, several recordings including one top 10 hit, “Goodbye Sam, Hello Samantha”, which reached number four on the Australian top 40 in 1970. Bob also produced and promoted over 50 concerts including 34 at the Sydney Opera House. 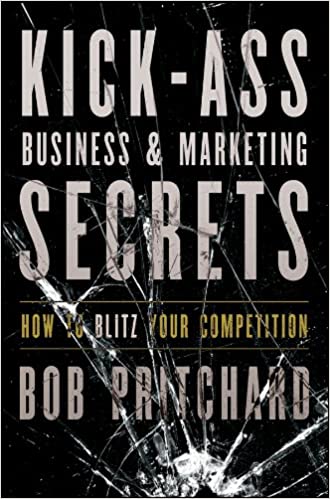