Daniel’s mission is to inspire and mentor both youth and adults to pursue and actualize their dreams. His personal journey toward success began as a child growing up in Compton, California, where his commitment to both athletics and academics led him to earn his Bachelor of Arts degree in Political Science from Columbia University in New York City, followed by his Masters in Business Administration and Juris Doctorate in Law degrees from UCLA. All of Daniel’s collegiate accomplishments formed the foundation for his impressive professional career.

As a student at Columbia, he founded The Coalition for a Free South Africa, which led to Columbia becoming the first university with a significant endowment to resolve to divest from Apartheid South Africa, according to former Columbia president Michael I. Sovern.

In 2018, Daniel was named one of the top student leaders at Columbia over the past 50 years. Daniel has always been committed to pioneering change. His experience with international affairs grew while studying youth development as a Ford Foundation Fellow in Zimbabwe in Southern Africa. With that work, Daniel made a significant impact on the region’s social climate by spearheading the largest multi-racial gathering in the young country’s history, following 20 years of civil war: a national tour by the Harlem Magicians basketball team. Daniel would go on to serve as an international liaison to the president of Ghana, Jerry Rawlings, by organizing the Los Angeles portion of his visit to America in 1995.  After that, Daniel continued his overseas work, facilitating business development projects in Ghana in conjunction with Korean multi-national corporations. It was during this time that Daniel’s true career calling became apparent.

While coaching youth basketball in Ghana, Daniel encountered two local boys who dreamed of one day opening their own school. He encouraged them to look beyond their challenges and to “find a tree and start their school there.” This simple motivation inspired them to act. Their actions captured the attention of a local businessman who afforded them a building to house their school—effectively bringing their dream to fruition. With that, the Find A Tree program was born.

Returning to the United States, Daniel recognized that American youth were also facing very unique challenges that prevented them from maximizing their potential. He saw the opportunity to make a difference by empowering youth to overcome obstacles and act with a sense of urgency and confidence in pursuit of their dreams.

Daniel’s Find A Tree program has been a huge success to date, tackling the US education crisis by providing empowerment programs to thousands of students and teachers across the country and championing rehabilitation within Los Angeles juvenile detention centers.

Between his book, How To Live Your Dreams: Find a Tree and Get Started, his entrepreneurial ventures, and his growing work with Find A Tree, Daniel continues to be a true example of the greatness an individual can accomplish when he or she dreams and then finds a tree and gets started.

“Why Wait? Get Started on Your Dream!” – In this video, following my speech I interact with a corporate manager showing her how to kick start her dream, instead of waiting until she retires 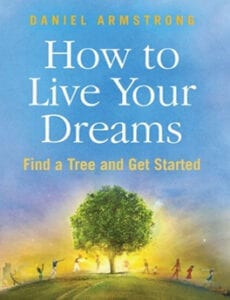 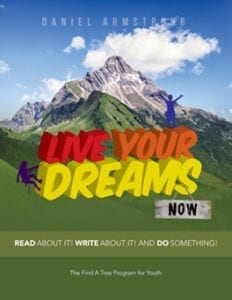 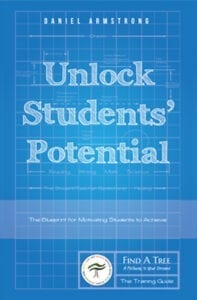 Daniel Armstrong’s presentation and out of the box thinking was just what our team needed.