Through his speaking and workshops Danny encourages people to think about their lives, and offer principles they can apply to experience more happiness and fulfillment.

Being electrocuted is, perhaps, one of the unluckiest things that could happen to a person. But to Danny Bader, it literally ignited a spark within him. Some may call it a deeper purpose; others simply refer to it as a passion. Yet if you ask Bader, he calls it divine intervention. Because for him, he chose to see the life- altering occurrence as an awakening that drove him to finally pursue his passion – to become an inspirational speaker and, eventually, a best-selling author. Bader launched his company jckrbbt in 2007 that focused on helping others truly understand themselves by creating a powerful vision for their futures. “I named it for the jackrabbit,” he explained, “because the jackrabbit has great vision because its eyes are high up, and back on its head, giving it a great awareness of the environment. I took the vowels out to give it a different look. Through my speaking and workshops I encourage people to think about their lives, and offer principles they can apply to get more happiness and fulfillment in their lives.” His innovative concept was well received in the hustle and bustle culture of the corporate world and, combined with his exceptional interpersonal skills and enthusiasm to help others really understand themselves, jckrbbt grew at an exponential rate.      Soon he was working with major corporations such as Marriott, Adidas, Reebok, Wawa, Merck Pharmaceuticals, Christianna Health and Astellas Pharmaceuticals to present workshops to their employees. “The idea is to help workers become more productive,” Bader explained, “To show them how to better manage themselves and their emails and other ‘stuff’, have a clear vision, and harness the power of stillness.” Never one to rest on his laurels, Bader added the title of best-selling author to his resume in 2012 when he released Back From Heaven’s Front Porch, which received rave reviews from Success Magazine and ranked #1 and #2 on Amazon in the categories of inspiration and self-help. Based on his own near-death experience, the book beautifully chronicles one man’s struggle to be alive again after an accident claims the life of his friend and nearly his own. After spending a few moments on Heaven’s front porch with God, he is thrust back into his old life. In the months that follow, he struggles to find purpose and meaning in the day-to-day of life. In his quest, he uncovers five principles—JCKRBBT—necessary to move him from just living again…to being fully alive. Bader released a second book Abraham’s Diner: Simple Wisdom For More Control, Focus, and Inspiration in 2015, which is a quick-read business fable written to help others manage their day-to-day responsibilities more easily while living a more purposeful life. So what’s next for the guy who seems to have it all? A screenplay and movie? Perhaps. Another book? Already in the works. But for this humble husband and father of three he’s content practicing what he preaches – finding and creating his little piece of heaven of Earth.

5 PRINCIPLES I LEARNED FROM DYING

In this keynote, Danny shares his journey of coming back to life after his accident and challenges participants to consider their approach to creating a fulfilling life. He walks them through his jckrbbt® model, encouraging them to experiment with the 5 powerful principles:

TAKING THE SH*T OUT OF THE SHOW

We’ve all heard the saying about “it’s not what happens in your life; it’s how you deal with it.” In this keynote, Danny offers practical insight into dealing effectively with our shi*tshows—those challenging times in life—to move through and create positive lives on the other side. Attendees will walk away with tools and skills to begin applying to their own lives to create resilience and perseverance.

“What happens when we die?” is a question where many want the answer. In this keynote, Danny talks about his near-death expereince, and how his Faith supported him—and still does today—to live a life of fulfillment. 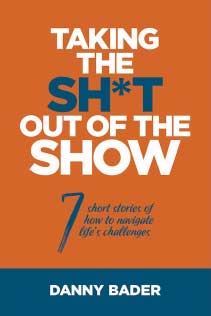 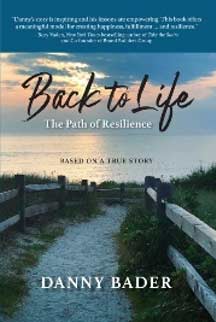 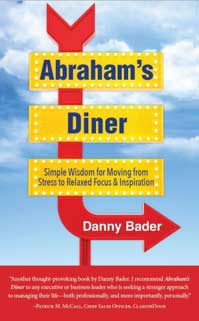 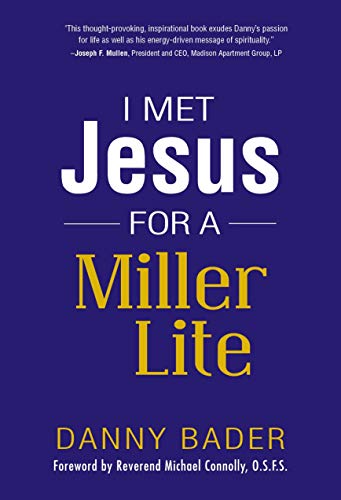 Danny was one of the best facilitators I’ve had in my professional career. Quite an inspiring personality, high creativity, infectious personality, and intensity that can help anyone who is a part of his training sessions.

You are a gifted teacher Danny. Your delivery is great but your ability to put people at ease and build trust in a short period of time was what I really noticed.