Lee’s unique background as a Captain of the Penn State Football team and a Corporate Human Resources professional, has prepared him to deliver big-time talks on big stages.

For twenty years, Lee Rubin has been building high performance teams in both corporate America and the collegiate and professional sports world, setting the foundational cornerstone for a leadership and culture-building mindset focusing on the key components that create extraordinary teams.

This strong core foundation was instilled early in Lee’s life as he held the position of captain of the Penn State football team, and later went on to serve as a Human Resource Executive building senior leadership teams for some of the countries’ most prominent corporations which have become dominate leaders in their industries.

Lee has emerged as one of the most engaging and sought-after voices across the country with his unique ability to understand and articulate winning principles with tremendous clarity and practical application on team building, leadership, and peak performance.

Lee has collaborated with and taken the stage for leading Fortune 500 Companies, like Johnson & Johnson, Sony, and JP Morgan, to name a few, as well as collegiate and professional sports teams and organizations across the country.

He holds a bachelor’s degree in Speech Communications, with a minor in Business from Penn State University. Rubin received a full athletic scholarship to play football for the Nittany Lions. Lee was a three-year starting free safety, the 1994 Florida Citrus Bowl Defensive MVP, and an All-Big Ten Conference selection and an Honorable Mention All-American.

Lee was born in Honolulu, Hawaii, and raised in Central New Jersey. Lee and his lovely wife, Carmen, have been blessed with two beautiful daughters.

Machines are evaluated based on the output of the entire unit, not the impressiveness of their individual parts. Extraordinary teams, like great machines, require certain components that hold their pieces together. While most organizations focus exclusively on building the skills of their individual members, elite organizations invest in the “stuff” that transforms a collection of talented individuals into extraordinary, machine-like teams.

Peak Performers think differently than everyone else – including others with more “natural” ability.  During this engaging keynote, Lee explores the characteristics found among the high achievers across industries and disciplines.  Lee masterfully weaves vivid stories with universal truths into a memorable experience.  Audiences leave inspired and equipped to apply the lessons learned, and take their performance to new heights.

Five Characteristics of a Championship Culture

Diversity, Equity and Inclusion are critical issues that require constant attention. Leaders who are having lasting success in those areas are focusing their efforts on building a championship culture. Any efforts to manufacture quantitative results without doing the deeper work of creating an inclusive culture where everyone is able to bring their best selves to work each day, will be short-lived.

This insightful, engaging talk identifies the specific areas of focus that contribute to a championship culture.

Specifically, championship cultures are identified by: 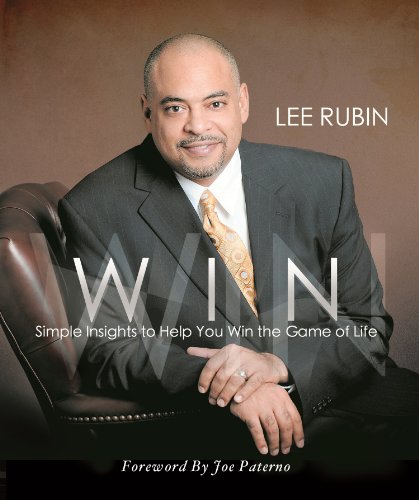 “Lee is a genuine, inspiring leader and his skill and talent as a keynote is evident. He captures the audience’s attention and consistently engages them throughout his presentation.”

“Lee could not have been more accommodating and with our post-event survey results now in – he couldn’t have done a better job – highest marks from our members!”

“Lee’s storytelling style, infused with humor, practicality, and truth, made a huge impact on our audience. We would absolutely recommend Lee Rubin as a keynote speaker to any organization because his messages of leadership and teamwork collaboration are timeless and applicable for all industries.”

“We sponsored Lee at our annual Advisor conference, and he was tremendous. Lee brought high energy, passion, and total engagement among the 300 Financial Advisors in attendance. His delivery was direct and he reinforced the messages our team was trying to deliver to a very successful group of employees. Lee was passionate, with high energy and he tackled tough questions head on, and was a crowd FAVORITE.”