Lindsey Pollak is one of the world’s leading experts on training, managing and marketing to the millennial generation.

Lindsey Pollak is one of the world’s leading experts on training, managing and marketing to the millennial generation. Lindsey is the New York Times best selling author of Becoming the Boss: New Rules for the Next Generation of Leaders and Getting from College to Career: Your Essential Guide to Succeeding in the Real World, both published by HarperCollins. She serves as an official ambassador for LinkedIn, spokesperson for The Hartford’s “My Tomorrow” campaign and chair of the Cosmopolitan magazine Millennial Advisory Board. Lindsey’s consulting and keynote speaking clients total more than 150 corporations, conferences and universities, including Barclays, Citi, GE, IBM, PwC, Ralph Lauren, Yale, Harvard, Princeton and MIT.

Her areas of expertise include marketing to millennials, managing millennials, succeeding in the multigenerational workplace, personal branding and career development. Her advice and opinions have appeared in media outlets such as the TODAY Show, The New York Times, The Wall Street Journal, MSNBC, FOX Business, Glamour, CNN and NPR. She appears on several lists of “Best People to Follow on Twitter,” including Mashable’s list of top non-fiction authors. Forbes named her blog one of the “Top 100 Websites for Your Career.” In her charitable work, Lindsey serves as chairwoman of the board of She’s the First, a nonprofit organization that sponsors girls’ education in developing countries so they can be first in their families to graduate from high school. Lindsey is a graduate of Yale University and is based in New York City.

Corporate Topics:
Succeeding Through Generational Diversity
What Gen Y Wants
Becoming The Boss: New Rules For The Next Generation Of Leaders 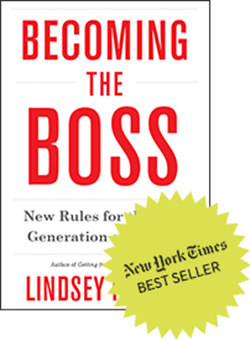 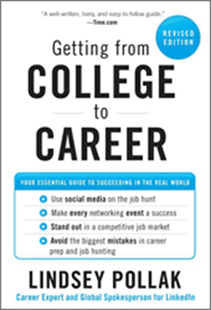 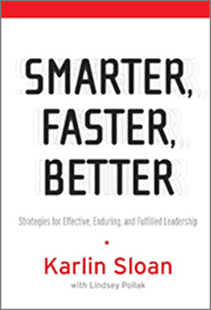 We count on Lindsey to expertly navigate tough audiences to an understanding of ever-changing workplace dynamics; and arm them with tools to manage, motivate and inspire a new generation of bankers..