Using 30+ years of experience in the music industry as his template, Steve will change how you look at business, marketing, branding, culture, sales, and service. Steve will energize and entertain your team… and make your event rock!

Everything you need to know to build a stronger business you can learn from the legends of rock n’ roll. Music industry veteran Steve Jones takes you backstage to show you how the core strategies of AC/DC, Bob Marley, U2, Fleetwood Mac, and Run DMC can help you create a stronger, leaner, and more successful business. In a presentation loaded with great music and entertaining stories, Steve brings a concert-like energy to every event.

Steve is the author of two popular business books, Brand Like a Rock Star and Start You Up. He is based in Toronto, Canada, where he oversees brands and content for Stingray Radio, a global music, media, and technology company.

This is a unique virtual presentation designed to help you emerge from the COVID-19 pandemic with a company that is stronger, leaner, and meaner, ready to reach new heights. We’ll explore rock history for amazing stories about how legendary bands hit rock bottom before recovering and enjoying even greater success. We are facing challenges like we’ve never seen before. But when this storm passes (and it will), are you poised for maximum growth on the other side? Is your team armed with the inspiration to ride out this storm?

Key takeaways in this session include:

This engaging 45-minute session is conducted virtually using Zoom, and includes an interactive Q&A period. It is the perfect professional development experience for your team as they work remotely. It will leave them charged up about turning this challenge into the fuel for future success.

UNLEASH YOUR INNER ROCK STAR: Rock Star Inspiration to Be Your Very Best

Rock stars are synonymous with greatness. When your team spends an hour with music biz insider Steve Jones, they’ll come away prepared to rock in every way! Steve will dive into his 35 years in the music industry to share backstage stories that will engage and inspire your organization.

They are rags-to-riches stories. There is rarely a rock star who didn’t crash on a friend’s couch, play for pennies, and scrape together an existence based on the belief that someday it will all pay off. Jim Morrison was homeless before he founded The Doors, and after that lived in a cheap motel until the band made it big.

They are stories of incredible obstacles. From overcoming addictions, loss, heartbreak, rejection and failure, rock stars have battled the odds and come out on top. Def Leppard was seemingly at the top of their game when drummer Rick Allen lost his arm in a car accident. A year later, with incredible determination, Rick was with his band again… and they went on to the most successful phase of their career.

They are stories of intensely hard work. When you hear a hit song, the artist who made it is already working on their next hit song. And they are probably also on a world tour. And maybe starring in a movie. Drake has released over 100 singles in his ten-year career, and continues to tour, write, record, collaborate, and create at an unreal prolific pace.

They are stories of unstoppable creativity. A rock star’s career doesn’t stop at one song, or even one album. A rock star is constantly creating, always coming up with the next song to make the world sing along. Bob Dylan was the folk-music voice of a generation when he decided to plug in the electric guitar and create “Like a Rolling Stone”. Despite initial push back, it became the biggest song of his career.

They are stories of resilience. So many legendary rock stars have ascended to the top, only to fall, hit rock bottom, recover, and ascend again. Rock stars don’t have “quit” in their vocabulary. Justin Bieber was on the verge of jail time and musical irrelevance before he engineered a brilliant resurgence and took his career to new heights. Meatloaf was broke and suicidal in the 16-year gap between #1 hits before he rose again to the top. Aerosmithwas nearly dead and gone before rediscovering their magic.

Based on Steve’s best-selling marketing book Brand Like a Rock Star, this keynote energizes, entertains, and educates. Through stories, songs, and videos, Steve leaves your team with some key takeaways such as:

This high-energy presentation will leave your group charged up, and it can be highly customized to suit any industry, including financial services, entertainment, health care, and tech.

Collaboration. Creativity. Teamwork. Leadership. All of these hallmarks of great businesses are also the foundations of great rock bands. In this fascinating keynote, Steve will use the examples of legendary musicians to show your organization how to build a rock star culture, with key takeaways like:

This presentation will help you build companies people love to work for and customers love to associate with.

Every decision is a sales decision. We are all selling. Just like in the music business, there are regular everyday average salespeople, and there are rock stars. What makes a rock star? How does someone grow from average to extraordinary? In this keynote, Steve will share:

This presentation celebrates the reality that we’re all salespeople. Everyone is selling something, be it a product, an idea, themselves… or even a hit song.

Rock stars don’t have customers. They have crazed, raving fans. In this engaging presentation, Steve will demonstrate how rock stars attract and retain their fans, and show you how to put those practices into play for your business success. Some key takeaways include:

This presentation will leave your team prepared to turn casual customers into the kind of fans that rock stars depend on to buy their songs and concert tickets in even the most challenging economy. 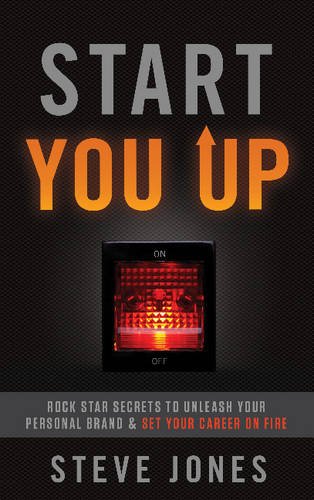 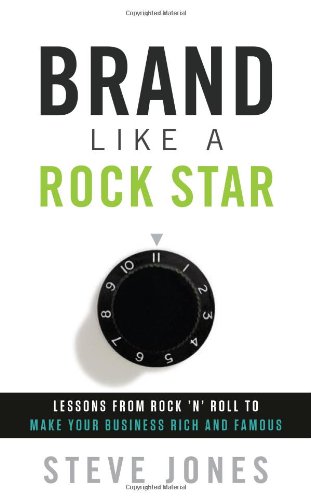 “Steve did a remarkable job at our Meetings Today LIVE! program in Myrtle Beach, South Carolina. I can’t remember ever receiving this amount of enthusiasm and positive feedback I heard from our audience of meeting planner attendees about a presentation.”

“Steve Jones’ presentation on “How To Brand Like Rockstar” was excellent! Music is a universal language and Steve’s presentation is perfect keynote to connect attendees and give them a common thread to talk about.”

“Steve Jones gives you the insight of a rock ‘n’ roll veteran!”

“Steve did an amazing job. I felt like it set the tone for the rest of the conference, which made me look forward to future sessions.”